When in Taichung, indulge in the old-time glamour.

Aside from people, the most amazing thing you'd encounter on a trip is the deeper meaning and stories hidden behind those scenic spots. Many old houses record the details of the evolution of Taichung. Through color painting, those old houses are granted a new life to offer Taichung more new, fascinating stories. 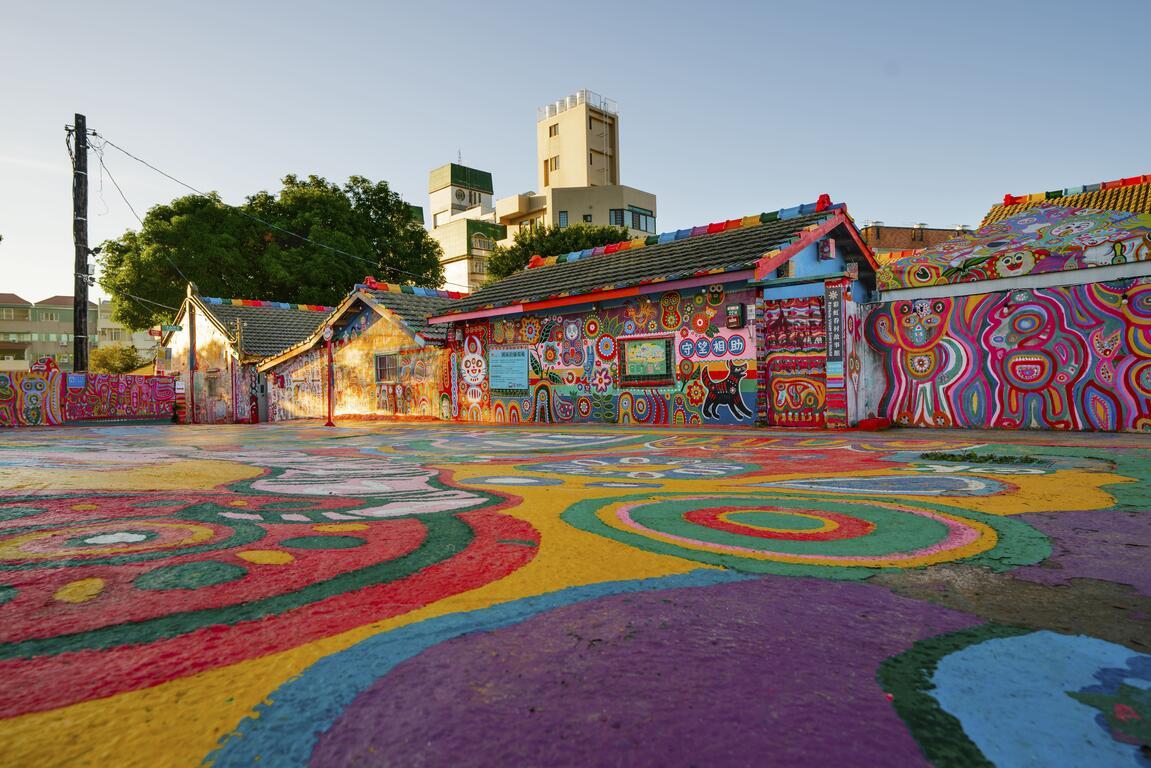 Rainbow Military Community was first launched by “Rainbow Grandpa”, Yong-Fu Huang: a long-time resident trying to keep the memory of the community by literally painting a rainbow fairyland. His unleashed creativity made the dream of the one-and-only Rainbow Military Community come true. The composition and concept of the painting are impressive and full of humanity, becoming an internet sensation; that attracts a huge crowd of tourists to come to visit. 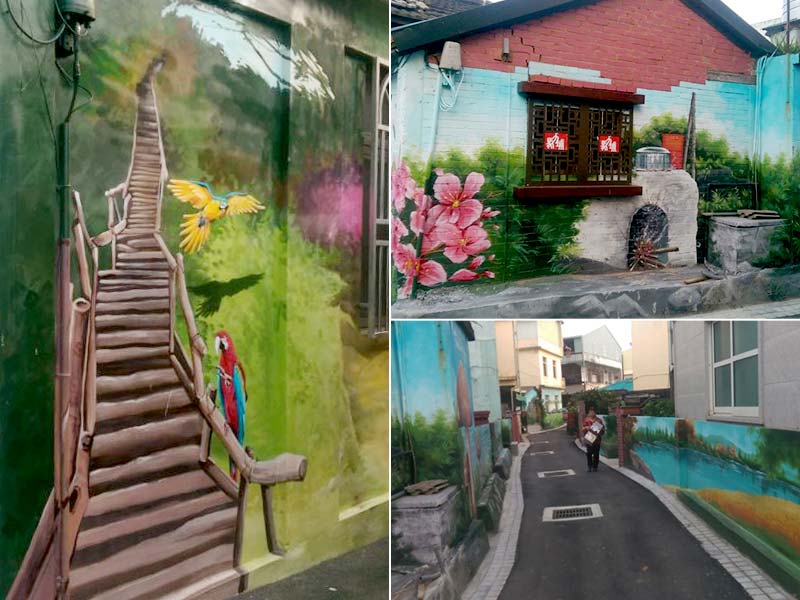 When you come to visit Zhonghe, Xinshe Malipu Leisure Farm is absolutely not to be missed. The colorful painted paths inside the area are full of village atmosphere, generating a totally different feel from other painted trails. The agricultural products and lifestyle peculiar to Xinshe are also well depicted in the paintings along the paths. By walking through the painted paths slowly and cozily, you'll get to see the well-preserved old houses, old trees, and to experience the distinctive Malipu as well. 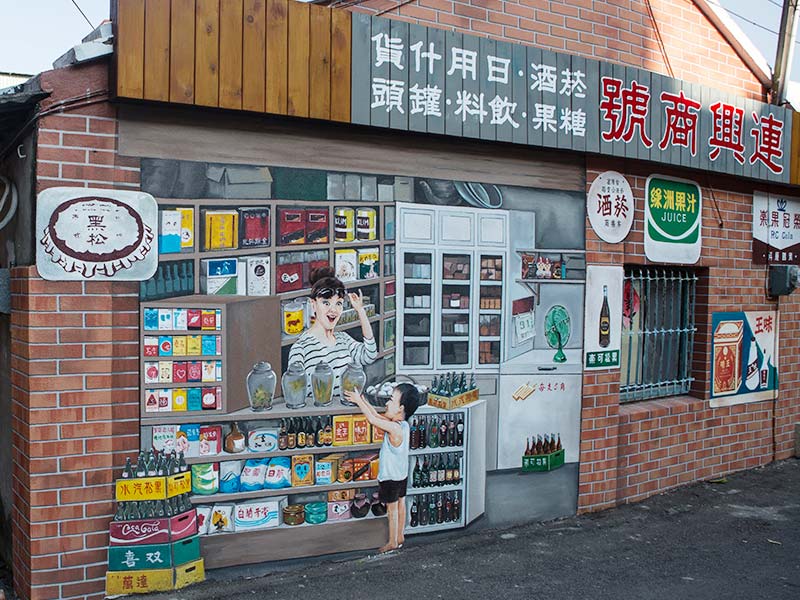 In early times, Meiren Village was packed with beautiful women, and was once the red-light district in Xialu. Nowadays, all these have disappeared without a trace and only memories are left. Through colored paintings, the history of the area is truly brought to life. Purely applying local cultures and reminiscences into those paintings, “Old Taiwan”, the glamor of the past resurfaces. Painted Lanes in Meiren Village feature the theme of old stories for the first time. Thus, in Xialu, it feels like going back to Taiwan in the ‘50s

The graffiti community located in Neighborhood 13, Zhongming Village was created by 4 illustrators handled by CMP Pujen Foundation for Arts and Culture together with Perri Deer Cinema. The brilliant work gave the old lane a new identity: Monster Lane. Each monster stands still on the mottled brick walls as the guardian to the community, and carries out its new mission. With the unique styles and intriguing stories created by the artists, Monster Lane in Neighborhood 13, Zhongming Village is made vigorous in particular due to the colorful street art gallery.

Green Ray has four themes to further derive form: Green Awake, Memory Extension, Passion for Creation and Dreams Double Take. The progress of a city does not solely depend on how many luxury residences are built. Much concern is placed on how much (even tiny) blessings people living here could actually seize and feel. Starting with old allies, Green Ray aims to keep track of what the city has been through via the stories of local residents. Based on the four main themes, Green Ray amply enriches the city life.

DRF Goodot Village is located on the 2nd floor at No.69, Zhongshan Rd., Central District. The building was formerly the 1st bank in Taichung City. Back in the old days, the place served not only as a bank but also a reception Center. The materials, construction, interior designs and views of the building were hence all high-end, making a vivid impression on all visitors that goes beyond creating a memory shared by local residents

Belonging to Dawn Group, the 4th Credit Union is the latest gorgeous result of an old house renovation, following the huge success of Miyahara. Located on Zhongshan Road, the stimulating 4th Credit Union gives the old house a new lease of life and skillfully blends the modern and the traditional. It also maintains the original design of the vault. Inside the store, the 4th Credit Union sells deserts (salted or sweet), mango shaved ice, super fengren shakes, etc.

Miyahara is a brick building situated right by Luchuan and next to Taichung Railway Station, and invested by the Dawn Group. Preserving the brick walls and old archway of the building, Miyahara has built an arcade architecture complete with a nostalgic brick-and-wood roof. While walking inside the store, behold the high ceiling complemented by a library design to create an old-meets-new magical space. An old out-of-order well has been redesigned miraculously into a crystal donation box.